The Essential True Reform Restores Primary Care and Much More


The list of distractions from True Reform are impressive. For decades True Reform has been specifically avoided as primary care worsens within practices and from outside. The demise is most specifically about the financial design. Unless there is a focus on True Reform, there is little hope for Basic Health Access.

This may not make as much sense to those outside of family medicine. Family physicians not familiar with AAFP may also be clueless. If you think that you can fix primary care with more technology, more rearrangements, more types of health professional graduates, or more expansions of training - think again. None of these have any hope of working without financial design changes - major changes.

The following are various concepts that dominate the discussions at AAFP and primary care meetings and media releases of associations and foundations and institutions.

Members, staff, media releases, programs, and personnel have been reviewed.  There is little about True Reform. There is a lot about everything else other than true reform - particularly the various popular bandwagons of the day.

Dedicated, purposeful efforts will be required to achieve True Reform and not have it distracted further away from us.

Single payer health insurance is yet another in a long line of insurance plan distraction from true reform. The health care plan does not matter. What matters is greater revenue over less cost of delivery - the opposite of recent decades.

Medicaid expansion is a distraction from true reform. Pro or anti-ACA are distractions from true reform and the literature is increasingly distorted by politics and attempts to prove one or the other. Perhaps the worst thing that could happen is a partial expansion. After 10 years of Medicaid expansion across the nation - the deficits of primary care would remain. This is because the expanded plans are worthless for primary care where shortages exist. They are already paid less. Paid less than the cost of delivery shrinks primary care. It does not help expand primary care. Numerous bogus studies are coming out to show differences for expanded states compared to non-expanded. These differences are about the populations, not the plans and they have been in place for decades before and will remain for decades - regardless of the plan.

Collaborating with consumer groups is a good idea. The entrenched powers against True Reform must experience most of the nation if not all against them before they will allow True Reform. But AAFP is pushing its value based agenda, even when family physicians are crying out for help. They need True Reform, not consumerism.

Promotion of value based focus rather than True Reform is a waste of great potential. Tell the American people that we family physicians need more time with them, not more time focused on metrics, measurements, and micromanagements - the Three Ms that steal our time with patients, team members, and families.

Training focus, HRSA, more graduates, and special types of graduates are a distraction from true reform. No training intervention can work.


Sadly this is not evident to the associations. More AAFP staff are doing more in more areas not related to true reform. Their hiring, these new positions, and their efforts - are distractions from true reform.

Until there is true reform there should be a moratorium on new positions, programs, and personnel not related to true reform efforts.

AAFP has added more to deal with metrics, measurements, and micromanagements. They have added more to address consultants, corporations, CEOs, and CMS - the ones that are worsening our financial design.

The Health Resources and Services Administration HRSA is viewed by many as a solution for primary care. It most definitely is not. HRSA is far too small in budget and personnel to overcome the designs shaped by CMS and payers. More health centers, more recruitment and retention incentives, NHSC focus, more HRSA programs and expenditures are a distraction from true reform.

Not only is it a distraction, but more dollars paid to boards worsen our finances. More of our time stolen to satisfy board requirements is worsening our practice and personal situations plus not being evidence based for outcomes improvements.

Diversity focus is a distraction. Diversity is very popular with associations, institutions, foundations, and the media. Diversity focus is not necessarily wrong. But addressing diverse population needs requires True Reform. The Americans left behind represent diversity unaddressed. Populations across levels of disparities are suffering and need true reform to access care. Equity in payments is required to address diversity.

Advocacy is a key characteristic of family medicine. We advocate in so many areas. But for us to be more effective and advocate more - we need a solid financial foundation.

Assertions of working substantially with CMS are a distraction – when true reform is not accomplished.

Foundations, associations, institutions, research, and media blasts claiming that technology or reorganization of primary care or value based designs are a solution for primary care – are a grand and glorious distraction from true reform. Single issue focus is important – when that focus is true health reform.

AAFP News stories about 60 second surveys about social needs, guide to population health, death from falls, FPs should lead, FPs steer the AAFP are a distraction from true reform.

AAFP leaders claim that members have a voice. But there is a selective group that can attend. Who represents those who are forced to practice longer and harder and cannot attend.

True reform puts workforce in place where half of Americans have half enough generalists and general specialists across the basics that are 70% of health care services and are 90% of local services where most Americans most need care. They will still need to travel for more specialized services, but there is no reason for them to go across 1 or more counties to get basic services for primary care, mental health, and women's health as well as basic surgical care. Lack of True Reform focus insures that most Americans are at risk due to lack of Basic Health Access.

True reform supports more team members in our practices to share the load.

True reform can result in more higher primary care functions such as integration, coordination, and outreach. Until we exist as a resource, there is nothing to integrate or coordinate. The same is true for womens health, mental health, and basic surgical services.

True reform should not require outside interventions and increased costs. True reform is focused on the team members that deliver the care with increases in their numbers and distributions and supports.

And true reform likely results in improvements in costs.

True reform requires a reduction of the Three Ms focus of metrics, measurements, and micromanagements and a major reduction in the dollars going to those who do not deliver care as noted by the Three Cs of corporations, consultants, and CEOs.

True reform is a visible, palpable, reliable increase in the revenue over the costs of delivering primary care as well as other generalist and general specialty services.

True reform restores hope to those getting hopeless.

True reform can tip the balance back so that fewer independent, small, and most important practices do not close – and potentially they could expand.

True reform injects enough dollars so that we can cover for patients who cannot pay and those with worthless insurance plans. Access is expanded regardless of insurance or not. Payments less than costs of delivery kill access for those with and without insurance where most Americans most need care.

True reform improves cash flow, jobs, economics, and social determinants for the half of Americans most behind by the designs of health, education, economics, and more. This can also result in improvements in outcomes because the populations are being changed – or at least are not being abused as much by the health care payment design.

Every day we get claims or blames. We will continue to get these as physicians. But we can expect some improvement with true reform. Without true reform – there will be steadily worse.

Hopefully you will see why True Reform is the most important focus in primary care.

Popular posts from this blog

Why not inside out empowerment rather than outside in abuse?

May 15, 2019
Just in from Annals of Family Medicine (Miller, Rubenstein, Howard, Crabtree) Shifting Implementation Science Theory to Empower Primary Care Practices
Hope for primary care, generalists, rural health, and care where needed requires a very different perspective after decades of failed designs.
Not surprisingly this will need to come from inside of these practices and places. Not surprisingly policies and practices dictated from outside have been not only a poor fit - but have been abusive to the populations most in need of care and the practices that serve them. There is hope from the primary care research community. The perspective must be inside of practice looking out - instead of outsiders forcing changes. Qualitative research explores and discovers and reflects as Ben, Will, and others taught me along with the various rural family physicians interviewed and researched in the 1990s in Nebraska.
The current focus on quantitative research has demonstrated little to offer - particula…
Read more 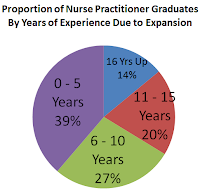 The focus for primary care has been elsewhere other than significant changes in the workforce in areas such as consumer focus, convenience, quality, metrics, or lower costs.

But there has not been much about changes in the primary care workforce itself.

Not even researchers are asking many of the important questions with regard to primary care.

How is the primary care workforce changing and what does that mean? W…
Read more